We are moving house to the sea side in Devon next weekend so we are making sure we do visits to all the places we wanted to go in the Bristol/somerset side of town.

So off we went to Burnham on sea.


I saw a lurcher - he looked like a greyhound with a saluki head. I saw him from right up other end the beach walking with his hoomans and after a long while we were at the same part of the beach. I gave him a ikle glance and walked past. but the hoomans stopped me and tell me to say hi to him. His name was Billy (I think) and we did lots of sniffing each other and wagging us tails with us ears pricked up. and I got so excited I did big slobbering - all the hoomans laughed at me and said "ya wont get a bf that way"

I did walking and running OFF MY LEAD - it was so much fun and hooman girl ran with me and I did listening to her when she says my name "cat" and when she says "stop" and "come here" I didn't run away or chase another dog or any thing was greyt. 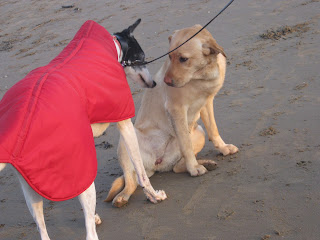 I did meeting lots of other dogs too. 3 labradors and they was all different flavours. one was chocolate, one was Harvey coloured like treacle and one was Golden Syrup flavour.
I also did meeting a Bichon, a poodle, some little terrier types.

I like this beach because it is long and you can do a really nice walk all the way from one end to the other (out of season - in the months April to September dogs are only allowed on a bit of it) just be careful because in bits of the beach the sand is really soft like mud and if you stand on this you will sink and if you is wearing shoes they might come off (what did happen to my hooman girl).

After walking on the beach we went up to look at the pier which is the shortest pier in Britain - other than weymouths bandstand pier but they made that explode to make it smallest which probably might be cheating. 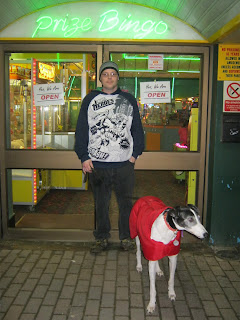 and I did win on the arcade. 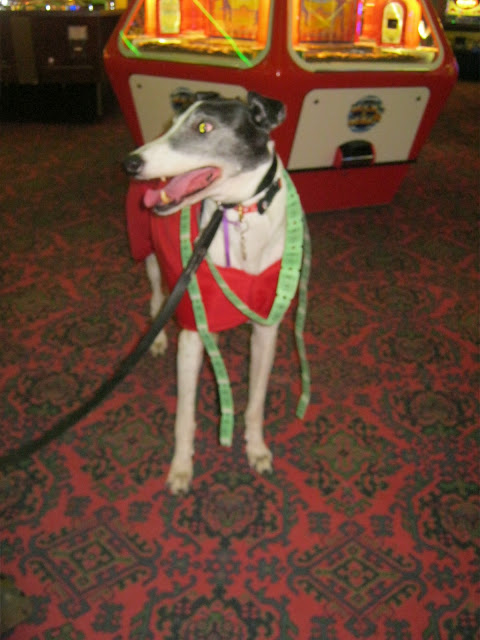 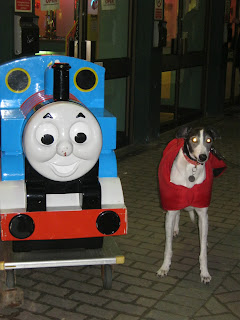