Give Alvin a Chance!

Hello, I want to tell you about my new fwend Alvin. 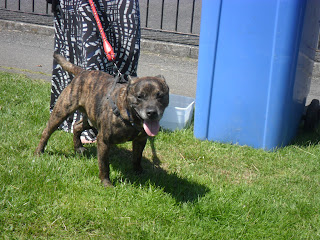 Alvin is a 5 year old Staffie cross who needs your help. In January this year he was found wandering the streets of Torquay (that's in Devon for anyone who doesn't know!) and he's been staying at Foredowne Boarding kennels whilst looking for his forever home. Whilst there he has developed a problem with his leg, he has what's called a "Luxating Patella" which means his knee cap is slipping from where it's suppose to be which is causing him alot of pain and discomfort. Alvin desperately needs an operation to correct this problem and his carers at the kennels are working hard to fundraise so that he can get his operation. Alvin needs £450 to fund the surgery and unfortunately if they can not raise enough funds Alvin will have to be euthanized.

If Alvin and his carers succeed in getting him the operation; he will need a foster home to recuperate in and receive the love that he deserves for the 6 weeks it will take for him to recover (Obviously Alvin also needs a forever  home to call his own as well). Alvin has a bed, a bowl, his noms and his snugglies all ready to pack up and go to his new home. However; due to the amount of healthy dogs that need rehoming Alvin is being passed by due to his bad leg. 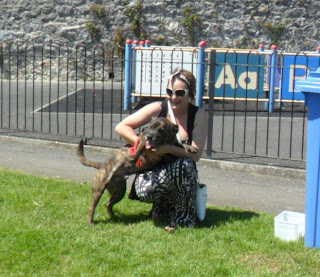 Without the funds and the promise of atleast a 6 week foster placement Alvin can not have his much needed operation. Alvin would prefer a home where he is the only pet as he needs plenty of rest and sometime other dogs can be too much excitement for him. 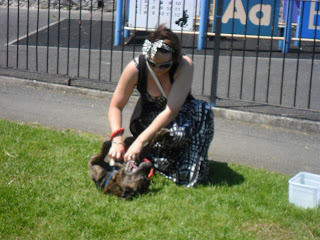 Alvin is a lovely boy, very sweet and affectionate to his carers. Loves tummy tickles and cuddles and despite his poorly knee Alvin is very bubbly, bouncy, happy boy who is just hoping and wishing he can get the help he so desperately needs before it's too late!


If you would like to donate towards Alvin's operation you can do so by visiting the kennels where he is currently living (Foredowne boarding kennels, Maddoncombe road, TQ12 5LF). Why not pop in and give Alvin a hug whilst you are there. You can visit them between 1.30pm and 3.30pm 7 days a week.
If you are not in the local area and would still like to donate I am happy to accept donations for him through my paypal (jacqui2.king@live.uwe.ac.uk) just say in the subject it is for Alvin.


And please spread the word about Alvin and help him find his forever home.


UPDATE - Alvin is still waiting for his foster home which he so desperately needs before he can get his operation to mend his baddy knee. The fundraising has been going greyt, but without the promise of a six week foster placement Alvin cant get his operation :( Please if you can offer him some where to rest up for 6 weeks do get in contact with the kennels.

UPDATE - Alvin has now gone off to his foster home :) So will hopefully be having his operation soon which is greyt - congrats Alvin - Alvin still needs his furever home though so if you can offer this gorgeous pup a home get in touch!
Posted by Camping and Exploring with Dogs